The other camera views are chase type modes that put you directly behind the soldier selected. Last of all is a free floating camera.

Sadly, it's tied to the elevation of the last soldier camera and there are no separate controls for height.

Otherwise camera control is pretty straightforward and surprisingly versatile. In terms of appearance, the graphics are pretty good.

That is, if you play the game only a few times. I can accept that all the soldiers in an individual unit look the same. It helps to differentiate them from other units.

But none of the cool armors that you spent all that time building and distributing are even apparent on the battlefield. That's less important for your own troops but it really matters whether the enemy cavalry are dressed in padded tunics or chainmail.

And there's no way to tell. There's also an upper limit of soldiers on the battlefield at once, so one soldier in the 3D display may represent 3 or 4 actual soldiers.

I really wanted to see those big battles, but the game even jerks a little in the mid-sized battles.

Things aren't much better when it comes to terrain. The pre-release hype mentioned that every mile of Scotland and northern England had been accurately mapped out when in fact, it's very hard to tell one clan territory from another from the 3D view.

As a result, there are very few chances to use terrain to your advantage. Most of the fights take place out in a wide-open space--even when you're sacking a town.

There are some stunning variations when it comes to weather and time of day. The snow and storm textures in particular are amazing.

But the fights themselves are very shallow. Despite the inclusion of controls for formation, most combats degenerate into one massive clump of friendly and enemy units killing each other.

There's no finesse here and even if you try some sophisticated maneuvering, the computer player will invariably mush all his troops together and come at you.

While this may be historically accurate, it's boring as hell after your first dozen battles. I feel that the combat system has so much potential but it's impossible to actually try anything fancy here.

There are so many genuinely impressive options for controlling your army but in the end, formation and tactics are just incidental to the outcome of the fight.

Equally bad is the fact that you can't set the opening formation for your troops. The computer just plunks them down in lines.

Why the hell are my longspear carriers in the back! What's the point? There are a lot of troops in the game and that's where your decisions really pay off.

Knowing which weapons work best against other weapons is the key to winning battles. Keep in mind though that you'll be facing two opponents--Scots and English.

Each group has unique weapons. Scots have exclusive use of the claymore, long spear good against cavalry , broad axes, short bows and clubs.

They're not so much about using the cavalry themselves. Most Scottish horses eventually wind up on the dinner table. The English have the big advantage here.

They also get great swords, pikes, longbows and crossbows. While there's a lot of variety to the menu, it takes forever for your armorers to "discover" new weapon types.

You'll be clubbing it up for a while, my friend. Soldiers aren't the only guys you can move around the map though. Your Leaders are very important.

Without a leader, an army can only do three things--move, garrison and guard. To initiate attacks, raids or ambushes you'll need to assign a leader to your forces.

As an added bonus, most leaders are real head bashers and can take on their share of enemy forces. Leaders are also responsible for training your troops.

Gotta show them villagers how to swing a club, you know. The training of your armies is not handled very well. You recruit green troops from your surplus population.

As they practice, they get better. But if you change their weapons or reassign them, they lose all experience Or even worse, you accidentally disband the whole freakin' unit.

I was begging for one of those annoying "Are you sure? Leaders are also responsible for your diplomatic relations with other clans.

You can send leaders on these missions, but they're too valuable You're better off sending a Messenger. Messengers don't have access to all the diplomatic functions that leaders do, but they get quite a few more.

Messengers can initiate alliances, ask for loans and ransom captured leaders. Why other leaders can't do it, I'll never know.

The down side is that your messengers can be killed. So can your leaders now that I think about it, but you can send an army with a leader; you can't with a messenger.

Still, it's worth it. The English will slaughter you if you don't form alliances. Problem is, most of the enemy clans are so aggressive that forging a reliable alliance is next to impossible.

Scouts and spies are also at your disposal. Scouts map out uncharted territories. Spies infiltrate towns and allow you to enter a 3D rendering of the enemy town.

Generally spies are seen as pretty dishonorable folk. Likewise the players who use them. The entire town management interface is great on a level of general concept, but the implementation of these ideas falls short of the initial promise.

First off, management is a complicated affair and you feel like the game is fighting you every step of the way. There were several features that I was never able to use.

Once I did puzzle out the controls, I often found the results to be disappointing. Part of the problem is that there are so many icons and they're not laid out in the most logical manner.

Hardest of the 9 production areas is the town workers screen. There are nine areas in which your workers can Four of these areas are based on pulling resources from the surrounding land.

Farmers farm, miners mine, quarriers quarry and foresters forest. Wait, that's not right, is it? However, certain site features may suddenly stop working and leave you with a severely degraded experience.

What should I do? We strongly urge all our users to upgrade to modern browsers for a better experience and improved security. To enhance your user experience, support technical features, and personalize content and ads, this site uses cookies.

An open platform for all web games! Get your games in front of thousands of users while monetizing through ads and virtual goods.

With our publishing program, we can help get your games to millions of users on multiple platforms! Keep exploring Kongregate with more badges and games!

Spend your hard earned kreds on some of these games! Hide the progress bar forever? Yes No. Your game will start after this message close. 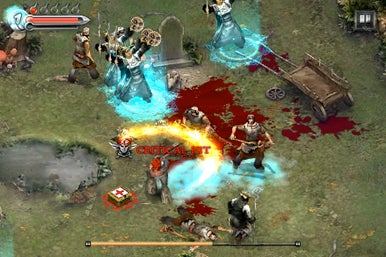